The Road Company, under Julie's leadership, focused on two major goals: producing quality entertainment, and bringing the live theatrical arts to a thriving community. She always wanted to give something back. She was once quoted by a local newspaper as saying, "The community desperately needs this... I want to bring the joy and magic of live theatre to a community that doesn't have it. Early on Julie recognized that for the group to achieve its goals, it needed a building of its own and started The Road Company Building Fund. She wanted so much for the group to have its own theater. To that end she organized and participated in benefit performances, raffles, 50/50's, yard sales, Beef and Beers, and murder mystery dinner theater so that one day the group would be closer to its goal. In July of 1999 the group lost Julie when she died of cancer. In eerie irony the last show Julie produced was "Gigi", the first show she had produced almost twenty-five years before. Words cannot express how much this woman will be missed.

We  have finally realized Julie's dream and purchased the Grand Theatre on April 30, 2008.  In May of 2010 Julie's Grand suffered a catasrophic loss when the roof of the old theater collapsed due to the record snow falls.  We lost everything and once again The Road Company was homeless.  We did not give up, however, and kept the dream going by pushing to rebuild.  After what seemed like an eternity we will open the new "Grand Theatre" in the beginning of 2013.  We hope that we will be here to stay.

To honor our beloved Julie we have kept her spirit alive by naming the concession area “Julie’s Cafe”.  For those who knew Julie will know why we picked this part of the theater.  Julie always wanted to feed everyone that helped out on the productions.  In 2009 we started an annual award ceremony much like the “Tony’s” in New York called the “Julies”.

We love you Julie.  We hope you are happy that we have our new theater back and that The Road Company is finally home to stay. 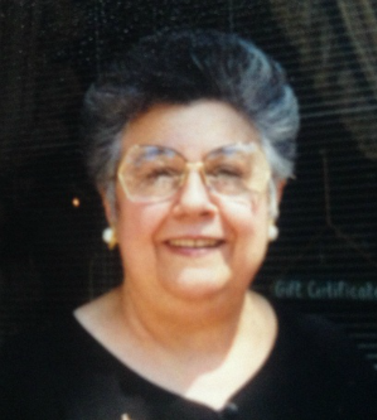 In 1976, Julie Speeney formed a new community theater group with an initial membership of eleven people. Always a theatre lover since the 60s when she and her husband would often go to shows, she joined a local theater group that needed a producer. Her husband had recently passed on and she wanted to get involved in something her whole family could be a part of. After working with that group for a few years, she decided it was time to form her own organization. Aptly named "The Road Company" since the group lacked its own building, Julie and her band of eleven rented space in New Jersey's Audubon High School and produced their first show, "Gigi". After many years in Audubon, The Road Company followed its founder to Williamstown. Taking advantage of the newly reopened Grand Theatre, the group began producing shows once again in 1990. The first shows, 1776 and My Fair Lady entertained audiences of less than 50 with casts as small as a dozen people playing all parts, building sets, and acting as stage crew. Over the next ten years, The Road Company built up it's core membership, utilizing casts and crew of over 50 and developing regular audience members that number in the thousands.

The main compelling force behind the group had always been Julie. She filled a dual role of both President of the group and Producer of every show. What other theater groups used committees to accomplish Julie did herself. She booked the productions, acquired the lights, hired the director and stage crew, sent out the audition notices and the show flyers, took the tickets, posters, and programs to get printed, sold tickets, attended every rehearsal to aid the director, organized the set construction teams allowing them to build sets in her backyard, and attended every production greeting the audience members with a big smile as they walked into the lobby. Julie was The Road Company and its success was her achievement. 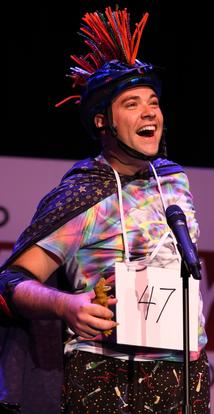 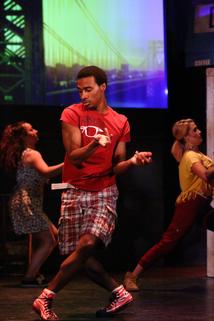 We want her to stay that way! The Grand Theatre has a rich history in Williamstown. Built in 1924, it has been the site of many a vaudeville show, silent movie, feature film, and now the home of The Road Company. Owned and operated by the Lanzalotti Family until 1968 when Oscar and Violet Benedetti purchased the Grand from her sister, Eleanor and Charles Lanzalotti. The Benedetti family lived above the theater and operated an Ice Cream Shop in one of the storefronts.  The theater was purchased by local electrician Don Tucker in the late eighties from the Benedetti family. Tucker spent much of his youth congregating with pals in The Grand. Actually there was even a family connection - his great aunt played the organ back in the days of the silent film and, later, his father ran the projector! Those were the days when you could see a show and then walk right across Main Street with your date for a soda at the Fountain and Drug Store owned by Bill Woods. It's a very different picture today with the modern multiplexes housing as many as 16 big screens, refreshment stands and coffee franchises. So much had changed over the decades.

After the Lanzalotti family closed the theater it remained empty for close to a decade until purchased by the Tuckers. Unfortunately during that time, vandalism and several break-ins resulted in significant interior damage. Curtains were dry-rotted, theater seats were broken and birds and other small creatures now called it home. It was even rumored to have some more "spirit - like" guests. Wanting to save a part of his childhood and its associated memories, Don Tucker and his wife Karen, purchased the theater for the sum of $90,000. Determined to revive its earlier glory they invested almost $250,000 in cleaning and renovations.

Two years later, Julie Speeney, founder of The Road Company, walked into the Grand and fell in love. This was the perfect spot for her theater group founded in 1976, to present quality family entertainment to the residents of Monroe Township and surrounding areas. Not only did this theater have a cozy, intimate atmosphere, it had a history! Old movie posters showing silent film stars hung on the walls, the concession area walls and ceiling were made of patterned tin, and the walls in the theater proper were cloth! There are few comparable structures in existence today - and they are very difficult to maintain. Yet these old theaters ad so much to a picturesque downtown area. Williamstown was so fortunate to have The Grand. This was built in the age when live theater was one of the few entertainments available to the population at large. And now, Julie had discovered the perfect place in which to bring that same live entertainment back to the people of the town.

The first show presented by The Road Company was "1776" in July of 1989. In the following decade both musicals and dramas brought in audiences from all over New Jersey, Pennsylvania, and Delaware. The Tuckers sold the theater to a religious organization in 1999. Shortly thereafter The Road Company had to leave the theater to perform in the Williamstown Middle School for almost 4 years. The religious organization was unable to maintain the theater and soon The Grand Old Lady was vacant once again. The Road Company tried to buy the building in 2004 but the bank holding the Deed in foreclosure sold the Grand to Dale Nelson, a local investor. Once again, having been silent and dark for two years, The Grand needed a facelift. Nelson did minor repairs to get the theater open. Even though The Road Company lost Julie in 1999, its members were ever mindful of her dreams and goals and kept watch on The Grand. A series of discussions with the new owner resulted in an exclusive multi-year lease for The Road Company with an option to buy if Nelson ever wanted to sell. In September of 2004 we announced our homecoming with a Gala Social complete with community leaders, presentations, entertainment and the Mummers!

In 2008 Julie's dream was realized when the group purchased the building on April 30, 2008. Nelson tried to sell the Grand to someone else, but luckily The Road Company had the option to buy and Nelson had to sell to us. The monumental occasion was celebrated by the group, its season ticket holders, local business owners, town council, the mayor, and friends and family at a "Grand Affair" held on June 13, 2008.

Soon thereafter, in May of 2010, tragedy would strike the Grand once again.  The historic theater collapsed due to record snow loads the previous winter.  All that remained was the front part of the building. The auditorium space, stage and dressing rooms were gone.  The Road Company perserveered once again and worked with insurance companies, architects, contractors and advisors to bring the Grand back. In February of 2013 the new Grand Theatre opened its doors to a new generation.

The Road Company invites all of those who have seen and enjoyed productions in this lovely theater to become a part of the effort to maintain her in the 21st Century. The Grand is back! The Road Company is home!