Jill Bradshaw is an elementary music teacher in West Deptford where she enjoys writing and directing musicals for the district’s youngest learners. She also music directs and runs youth theater programs for the Teen Arts Guild in Haddon Township, directs the Spring Musicals for Audubon High School and music directs for West Deptford Center Stage. When she is not working behind the scenes, she enjoys performing on stage around NJ. She was last seen on the Grand’s stage as Annette in Saturday Night Fever and before that as Anne in If/Then and Molly in Ghost, the Musical. 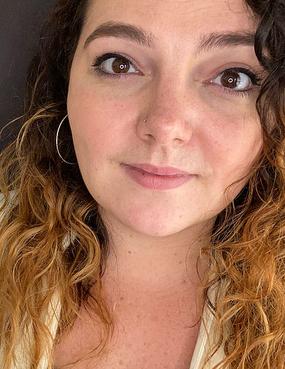 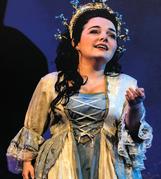 Catherine Chambers is a 2016 graduate of Rowan University with a Bachelor of Arts in Vocal Music Education. She is pursuing her Master of Music in Choral Conducting at Messiah University. Catherine is currently the instructor of the Vocal Music Academy of the Performing Arts at Atlantic County Institute of Technology in Mays Landing, NJ as well as a private voice teacher in the Southern New Jersey area. Catherine is a member of Interrupted Silence Vocal Ensemble out of Allentown, PA and Choral Arts of Southern NJ out of Woodbury, NJ. Catherine is an active member of ACDA and NAfME. She has traveled with Rowan Choirs to perform in Poland, Czech Republic, Hungary, Italy, Germany and Austria. She is an active performer in the area, performing at local venues, theatres and churches. She has performed as a soprano soloist for Mozart’s Requiem as well as Handel’s Messiah. Some of her favorite on-stage performances have included Pamina (Magic Flute), Fantine (Les Miserables) and General Cartwright (Guys and Dolls). Catherine is enjoying her time as a high school music teacher while inspiring young musicians to follow their dreams.

Maria Panvini is the new Director of Education at The Grand Theatre and could not be more ready to take on this responsibility.  Maria is the full time theatre teacher and drama director at Overbrook High School and has been teaching theatre full time for a decade.  Prior to working in high schools, Maria has served as a teaching artist and director at various local theatre programs including those at:  Pine Hill Community Ed, Haddonfield Community Ed, Haddonfield Plays & Players, Haddonfield Theatre Arts Center, The Eagle Theatre, Spotliters, and also right here at The Grand Theatre!  In addition to her work in theatre education, Maria is also a performer and director.  She will be making her NY debut in the world premiere of BRILLIANT, the musical this fall and will be directing the play RED on The Grand Theatre's mainstage in 2022.  Recent performance credits include: Ragtime (Mother), Heathers (Martha), 25th Annual Putman Co. Spelling Bee (Rona Lisa Peretti), and Rabbit Hole (Becca).   www.mariapanvini.com 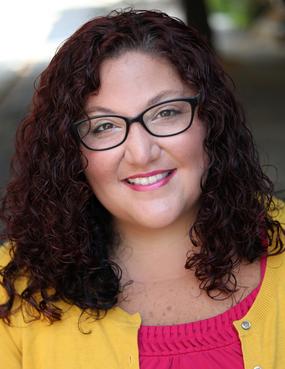 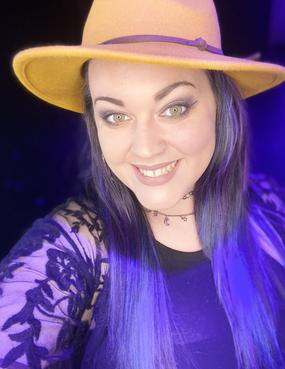 Lauren Patanovich is a graduate of The American Musical & Dramatic Academy in NYC and has been dancing for over 25 years! Favorite styles include jazz, tap, ballet, contemporary, hip-hop, lyrical and musical theatre! She is a Board Member at the Grand (Director of Marketing & Social Media) and a well known choreographer/performer in the tristate area. Lauren has trained with Nancy Mulford Dance Studio, Fusion, Koresh, Broadway Dance Center, and various Broadway performers and choreographers over the years. Some favorite choreography credits include Matilda, American Idiot, 13 the Musical, Billy Elliot (Perry Award - Best Musical), Heathers (2x), Newsies, Hair (Perry Nominated), In the Heights (2x), Ghost the Musical, and Damn Yankees. Lauren has also directed shows at the Grand including 13, Matilda, Next to Normal, Heathers, If/Then & Always Greener. Favorite performance credits include Olive/Spelling Bee (Sketch Club Players, Grand Theatre, & Cumberland Players), Leslie/American Idiot (Grand Theatre), Ado Annie/Oklahoma (BToP), Little Red/Into the Woods (HP&P), Rizzo/Grease (BToP), Ariel/Footloose (Gabriel Project), Fantom/Rocky Horror (Eagle Theatre) & Bebe/A Chorus Line (Grand Theatre). Lauren loves working with kids and sharing the art of dance and expression with others! Next up on the Grand’s stage: Elf the Musical (Choreographing in 2021), Head over Heels (Choreographing in 2022), and Spring Awakening (Directing/Choreographing in 2022).

Check Out Your Teachers On Stage! ​ 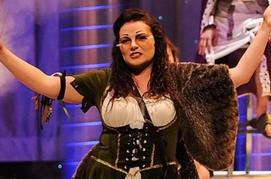 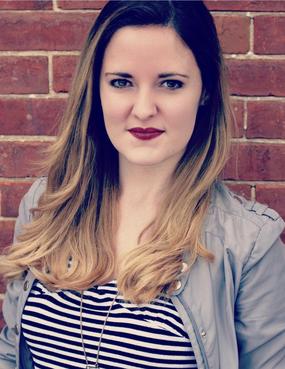